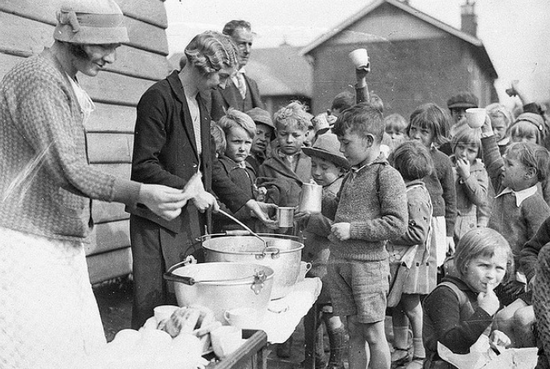 Should Congress pass a law for people that are making over a certain amount to not be able to collect Social Security benefits? Wasn’t it supposed to be a program to prevent poverty in seniors–not for the rich to be able to take advantage of the program?

Thanks so much for your question.  It’s a simple question, but it’s one that gets right to the heart of some serious philosophical debate about Social Security’s past and future—especially what Social Security was intended to be versus what we think it should be now.

President Franklin D. Roosevelt signed the Social Security Act on August 14, 1935 in the wake of the worst global economic disaster of the 20th century.

Beginning with the 1929 Black Tuesday stock market collapse, the Great Depression triggered a 25% unemployment rate within four short years.  Thousands of banks failed, agriculture collapsed (thanks also to a severe drought in the heartland), and businesses and families defaulted on loans and fell into bankruptcy.

Some of the hardest hit were older Americans.  Not only did many lose everything they had when the banks failed, but widows and those aged out of the workforce had no way to get back what they’d saved for retirement. Those able to rejoin the workforce found even if there were job openings, business owners were loath to hire senior workers.

Roosevelt’s administration had to face two problems coming up with a solution to senior hardship during this time: it had to come up with a way to provide immediate relief to hundreds of thousands of Americans and it had to do so in a way that would appeal to American sensibilities about earning your way through hard work.

Social Security has been called “a uniquely American solution.”  It is a mammoth accomplishment that provides financial security to seniors through their own work history.

By asking workers to make contributions based on their earnings toward their OWN retirement benefits, Social Security avoids becoming the “government handout” that would have been tough for Roosevelt to shop to the public.  Allowing all Americans to participate regardless of income level—and by introducing the payroll tax cap—are also part of ensuring Social Security is never perceived to be a welfare program.

At the time the first benefit payments were collected, seniors received far more proportionately than we do today.  But while benefits replaced a much higher percentage of a person’s yearly earnings, Social Security was never intended to replace 100% of a worker’s earnings for life. It was simply a way to prevent retirees from falling into severe poverty such as was experienced during the Depression.

Throughout time, demographics have shifted dramatically.  We live longer, things cost more, and wages have been stagnant for many workers.  Social Security in its current form no longer provides the replacement income it did in decades past.  Not to mention Congress has established quite a long history of relying on surplus payroll contributions to pay their bills.

There’s no question we need a change to make this program sustainable and realistic for the millions of people who contributed, but just as in Roosevelt’s time, that solution has to be intelligent and creative.

We are still a country that prides itself on “a hard day’s work for a hard day’s pay.”  We are independent, we want what’s fair, and we sleep better at night knowing we’ve earned what we have.  We face the same struggle today as then: how can we ensure retirees receive adequate benefits without turning Social Security into a welfare system?

If we propose the wealthy contribute with no expectation of receiving anything in return, Social Security ceases to be an insurance program.  Not only would high-income earners reject this idea, but many low-income earners would resent the inability to claim ownership of their benefits.

While preventing the wealthy from claiming might put a little money back into the coffers, it would seem to many to violate the intent of the program.  To an average American, it may seem inappropriate for a multi-millionaire to file for such a small benefit, but we can’t forget they’ve also contributed on the promise they’d receive Social Security.  They aren’t taking advantage—they’re simply part of the same program as the rest of us.

That being said, there are some proposals being considered in Congress that have to do with accounting for the income gap in Social Security.

Most notably, the Social Security Expansion Act (S.427) proposes to apply payroll taxes to income in excess of $250,000 per year.  Currently, the cap sits at $128,400, meaning high-income earners are only taxed on the first $128,400 of their income for the year.  As we previously mentioned, the institution of this cap was meant to keep this small number of earners from paying an extremely disproportionate amount in compared to their maximum benefit.

S.427 proposes a compromise: keep the current taxable maximum in place for those at or just over the cap, and apply a new tax to everything earned over $250,00, narrowing this new tax down to strictly the highest of high-income Americans. Everyone would still be eligible for benefits, and the new payroll taxes would bring a considerable chunk of money into the system while impacting the fewest people the least amount.  It would also ease the discomfort a majority of workers feel paying taxes on 100% of their earnings when others don’t.

Naturally this idea isn’t without criticism.  And some might say it doesn’t avoid asking some people to contribute more without the expectation of an increased benefit.  But it’s a start.  And it still attempts to underline our country’s desire for fairness, respect, and a good life for our retired workers.

Thanks for your question, Judith!

Do you have a question about your Social Security benefits or Social Security policy?  Please give us a shout over at our contact page.  We’d love to hear what you have to say and feature your question on our weekly “Ask The Seniors Center” blog post! 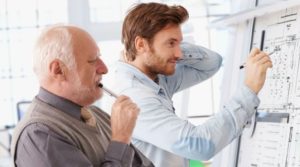 Ask The Seniors Center: how does returning to work affect my Social Security benefits? 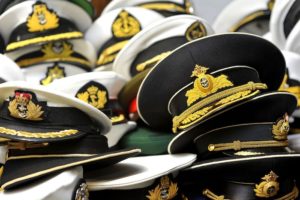 Ask The Seniors Center: am I eligible to file for ex-spouse survivor benefit early? 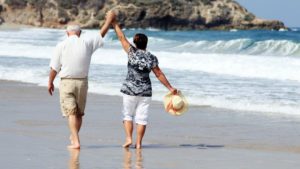 Ask The Seniors Center: if I retire overseas, will I still get my benefits?