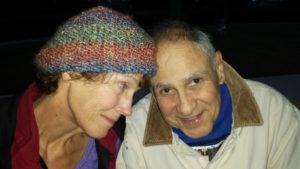 and other important programs for seniors, many are looking to Trump’s advisors, cabinet members, and Congressional leaders to speculate.

This speculation has lead to resurgence in discussion about a privatized retirement saving option — an option first proposed under George W. Bush in 2005. Trump’s Social Security advisor, Tom Leppert, director of the White House Office of Budget and Management, Representative Mick Mulvaney, and Vice President, Mike Pence, have all been vocal supporters of not only trimming spending in this area, but switching to a private saving system.

But what would switching to a privatized retirement savings system entail? And how does it compare to the traditional Social Security system we’ve been paying into all our lives?

Here are some of the biggest arguments for and against switching to a privatized Social Security system:

FOR: The Social Security system is failing and a replacement must be found immediately.

No matter where your political affiliation lies, we can all agree Social Security is headed for tough times if nothing is done to strengthen the solvency of this program. If no changes are made to our current system, the Social Security Board of Trustees has placed insolvency as soon as 2034. At that time, the Social Security Administration will only be able to pay an estimated 75% of scheduled benefits to retirees — and for those relying wholly on Social Security income to get by, a 25% cut to benefits is more than they can handle.

AGAINST: Social Security is NOT failing. We need to look toward making adjustments to preserve solvency — not discarding a program we know works.

Until 2034, our current Social Security system is able to provide 100% of scheduled benefits to seniors. Though the long-term outlook of the Trust Fund is bleak, there is time yet to examine and enact policy changes that could improve this system rather than replace it. At no point in the history of Social Security has the government failed to meet scheduled benefits for retirees, so there is no reason to think that we are unable to improve a system we know works. Despite the financial troubles it faces today, Social Security remains one of the biggest success stories in American history.

FOR: Retirees will have more freedom and control than ever to make their own financial decisions.

When it comes to your personal finances, who is better able to make decisions about your money than you? Under a privatized system, every retiree would have a much greater amount of control over how retirement savings are invested.

While most people would say increased control of your finances is a good thing, it fails to take into account one simple reality: most Americans aren’t financial experts. Given this fact, it’s far more likely a lack of financial literacy will lead retirees to make as many detrimental decisions about their investments as shrewd ones. A lack of financial know-how could also lead retirees into the arms of exploitative financial advisors. While some rising and falling may be par for the course in terms of investments supplementing a regular income, it could be catastrophic for a retiree relying on this income for his sole source of retirement income.

FOR: Private accounts have a higher return on investment (ROI) than traditional Social 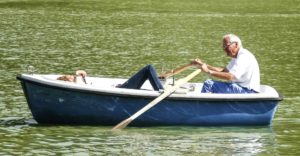 The return rate for beneficiaries under the traditional Social Security system sits between 2% to nearly 4%. For private investments, the growth rate is a little over 6%. It’s possible with a private retirement savings account that beneficiaries could put much more money into their pockets.

AGAINST: Private accounts would gain and lose value at the mercy of the stock market.

With increased potential for higher returns also comes increased potential for bigger losses — and there is no room for big losses when you live on a fixed income. During periods of economic growth, retirees may see huge gains on their investments that could surpass the average Social Security benefit. But, consider the alternative: the recession of 2008 resulted in trillions lost from 401(k)s and IRAs. Even if a retiree makes all the right decisions, she can still be dramatically affected by economic upswings and downswings.

FOR: The government is unable to cut or reduce retirement savings accruing in a private retirement account.

A huge plus sign in the privatization column is the fact that all money deposited into private retirement accounts is untouchable — 100% of the income made from a privatized system belongs solely to the beneficiary. The federal government can’t cut or reduce your benefits under this system. However, in 1960, the Supreme Court ruled that current Social Security benefits are NOT contractual — meaning despite paying into the Trust Fund, your Social Security benefits are not obligated to you by law. By switching to a privatized system, the government would be unable to raid any money put away for citizens’ retirement.

AGAINST: Income from private retirement accounts is not consistent and not guaranteed.

But, in a privatized system, there are no minimum benefits. And your benefits wouldn’t be backed by the full faith and credit of the United States government — faith and credit that up until now hasn’t been betrayed. Right now, Social Security benefits are guaranteed to beneficiaries, and each year, these benefits are reviewed and adjusted to address inflation. Retirees are also able to prepare around receiving a certain amount of income each year. Returns on private accounts could vary with the economy, and there is no insurance that you will receive adequate income during tough financial times.

By switching to a privatized system, the federal government would no longer be in charge of overseeing and providing Social Security to millions of Americans. Instead, the duty of managing these accounts would fall to private companies, releasing billions of dollars of government funding that ordinarily goes toward employees and the operating budget of the Social Security Administration. Simply put: switching to a privatized system minimizes federal involvement in retirement saving and saves a ton of taxpayer money.

AGAINST: Switching to private accounts would increase the national debt.

Supporters of Social Security are proud that the traditional system doesn’t contribute a single penny to the national debt — it is entirely funded by the transfer of funds from one generation to another. But transitioning to a privatized system would change that, especially for the millions of American seniors who have already reached or are about to reach full retirement age. Opponents are concerned that a switch would orphan these Americans and create a funding hole amounting to trillions — trillions that the U.S. government would have to borrow and add to the national debt.

While Trump has promised repeatedly on the campaign trail to take a hands-off approach with Social Security, as of yet, we haven’t received an official statement regarding Social Security reform.