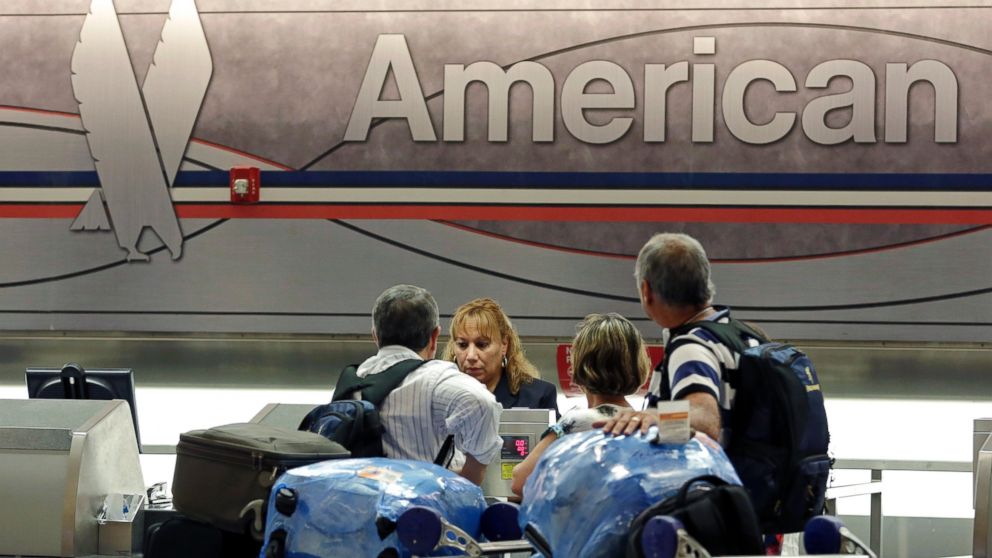 The Seniors Center has been expressing concern about the health and safety of Senior Citizens — and other Americans — flying on American Airlines.  First, we reported on American Airline’s plan to add more seats to their airplanes, decreasing the size of the seats and the bathrooms, and then we alerted the public to the horrible service by American Airlines that has caused people of all ages to suffer.

There was once a time that our views toward flying were fairly positive. We knew that there would be enough room in the overhead locker for our bag, the food wouldn’t be too bad, our seat would be comfortable, and we’d have enough space to stretch our legs. Even though sitting in an airplane seat wasn’t as nice as our living room chair, it was certainly manageable.

But now, thanks to the greed of airlines and their thirst of squeezing every dollar they can out of every flight and every passenger, more seats have been put in, and our space has been compromised.

American Airlines has reduced not only their seat pitch (the length of space between your chair and the one in front) to fit in more seats, but has also removed the padding of the seat too.

Forget about sliding into your chair and making yourself comfortable. Your space to call home for 2, 4, 6, 8, or even more hours is now claustrophobic, and it’s more than likely that your knees are going to be hard up against the seat in front of you.

And now, we need to think even more of the danger of Deep Vein Thrombosis. Otherwise known as Economy Class Syndrome, those over 50 are much more at risk of this life-threatening condition, and without the ability to move around to get blood flowing through your veins, the threat is even greater.

But the danger doesn’t stop there.

If you struggle to get into your seat when boarding due to knee problems, back problems, or anything else that may be ailing you, then how are you going to be able to get out in a rush if there is the need for an evacuation?

Imagine you are stuck in a window seat, with two other seats to pass over before getting into the aisle. Do you think you would be able to do that and get out in the 90-second evacuation window that is set by the Federal Aviation Administration?

Smaller seat pitch has sparked fears that evacuation efforts are going to be hindered, and this has certainly come to the attention of ‘Miracle on the Hudson’ pilot Chelsey ‘Sully’ Sullenberger. He recently put his concerns out to the public on Twitter, and Brian Alexander, a pilot and aviation attorney, agreed with him.

While there is no minimum limit on a seat pitch by the FAA, they do have a requirement for the exit seat rows. But getting one of those seats is either luck of the draw, or you must pay for it in advance.

Like many airlines around the world, American Airlines charges an extra fee for a premium seat – either one that has extra legroom in the front row, or one in the exit row. But if you are tall, disabled, have knee and leg problems or simply find moving about difficult, is it fair that you should have to pay more just to be comfortable?

Shame on American Airlines for making life so much more difficult for senior citizens who like to travel. Rather than caring about their customers’ comfort and safety, it really does seem that they are all about the money.