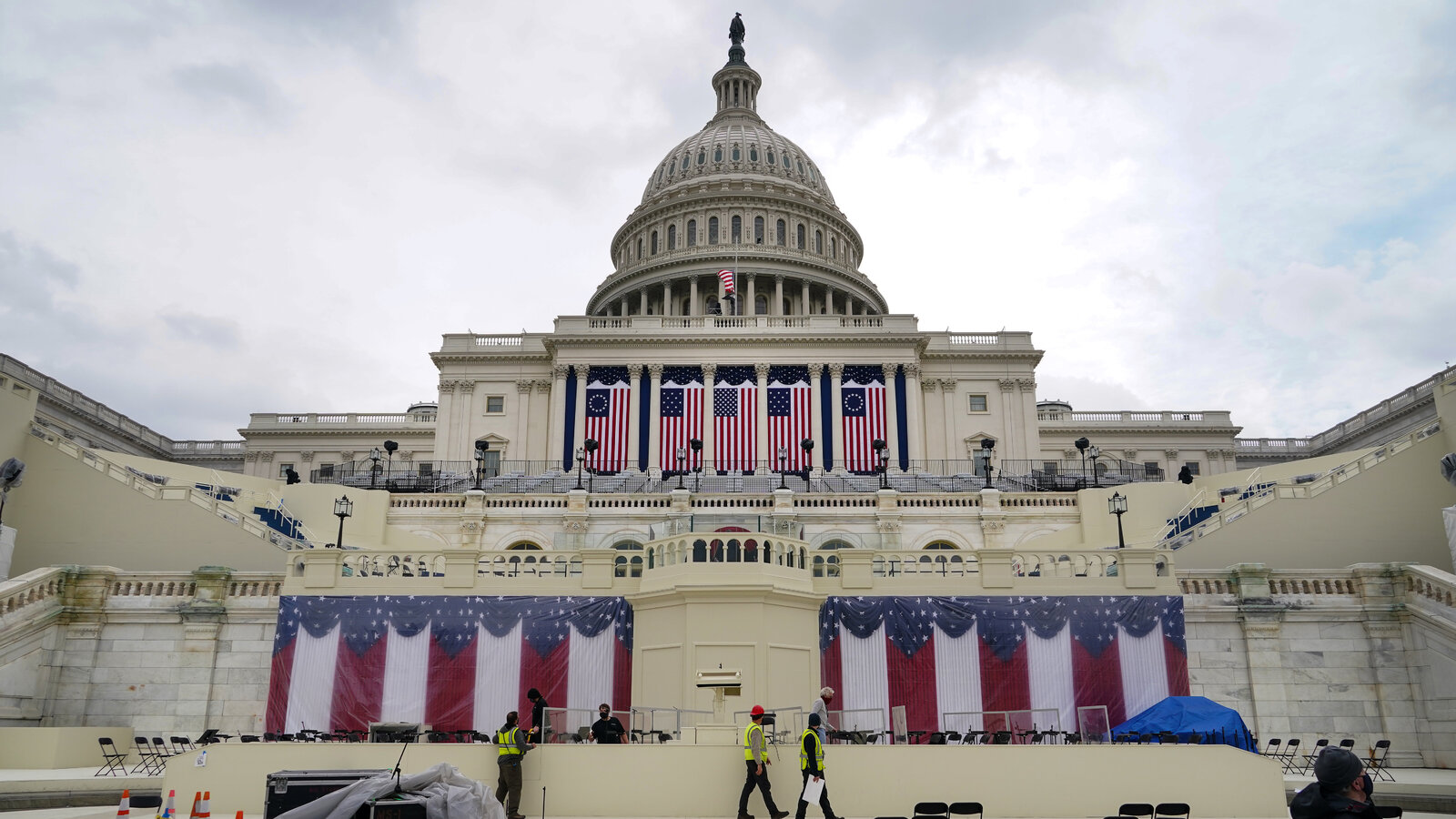 At 12PM this afternoon, Joseph R. Biden became the 46th President of the United States.

While today is largely a day of celebration, tomorrow will bring the first full day of work for the new Administration.  And THIS Administration will be diving headfirst into some of the biggest challenges our nation has ever seen.

Among them will necessarily be restoring Social Security’s solvency.  According to new estimates from the Social Security Trustees, we have just 13 years between us and the Trust Fund completely depleting its reserves.  Should Biden become a two-term President, he will leave office a mere five years before that depletion date.  Setting Social Security on the path to long-term financial health is now his Administration’s problem to tackle.

And as we continue to deal with the economic impacts of COVID-19, it is even more critical a goal than it was just two years ago.  We have no way of knowing for certain how the virus will continue to affect the employers and employees who contribute to Social Security while we wait for the vaccine.

But what we do know is, as with any major economic recession, people are relying heavily on Social Security to make it to the other side of this mess.  Added demand and decreased contributions have taken an already tenuous situation and made it much worse.

While we have our own feelings about how important of an issue Social Security was on the campaign trail, we will give credit where credit is due.  While several other candidates paid little if any attention to Social Security’s financial plight, the Biden campaign website published a list of specific Social Security policy goals, so we have a fairly good idea of what to expect should the new Administration truly make the effort to fix the program.

We certainly hope it does.  If recent surveys are any indication, Americans rank closing Social Security’s shortfall among the Biden Administration’s top priorities.

So, on this important day, we thought we’d take a look at each one of President Biden’s Social Security policy goals and examine how each would affect retiree benefits.  And most importantly, how these goals would work together to put solvency time back on the Social Security clock.

The Biden plan for Social Security is similar to legislative proposals put forth in recent years by other Democrat lawmakers: a plan that looks to extend Social Security solvency while expanding benefits for most beneficiaries.  It includes both policies that boost the amount of money going into the Trust Fund and policies that increase benefit amounts to different kinds of beneficiaries.

The most vital part of any Social Security reform package is going to be how we close the funding gap.  And as the plan states: “waiting to act only jeopardizes the program further, and will make an eventual solution that much more difficult.”  We couldn’t agree more.

The Biden plan is primarily proposing to do this via increasing payroll tax contributions.

Tax increases would be targeted exclusively at the highest income earners—those who have historically not had to contribute FICA taxes on 100% of their yearly income like the majority of the public.

The payroll tax earnings cap limits the amount of money high income earners contribute to Social Security.  This year, that cap is $142,800.  This means this year, those earning over that amount will ONLY be FICA-taxed on the first $142,800 they make.  Any additional income made after that amount is FICA tax-free.

This has caused a pretty big uproar with the public for quite a while.  Very few workers in our country earn in excess of that amount, so most of us contribute to Social Security on all of our earnings.  Not to mention that a very small minority of those high earners are making millions of dollars per year.  Combined, we’re talking about BILLIONS of dollars not making it into the Trust Fund.

It may seem outwardly unfair, but the tax cap exists to prevent unfairness.  We’ve discussed this in detail in the past.

Still, if you ask most Americans, the tax cap is target #1 when looking to bring more contributions into Social Security.  Even our supporters are overwhelmingly in favor of raising or even eliminating the maximum taxable wage cap, and exactly zero of them want the current tax cap to stay the same.

Given the popularity of this idea, the Biden plan proposes creating a new taxable wage base beginning at $400,000 per year.  Our current wage cap would stay the same, meaning earnings between $142,800 and $400,000 would remain FICA tax-free, but earnings after $400,000 would be subjected to the same tax rate the rest of us pay on all our earnings.  This would effectively target the highest of high earners, including those making seven figures and up, without putting pressure on those earning just over the taxable wage cap.

The Tax Policy Center estimates this policy would increase Social Security contributions by about $740 billion in 10 years.  In order to fully fix the funding gap, the Trust Fund would need about $12.5 trillion in the next 57 years.

Without any increases in benefits, this policy alone would bring in a mind-blowing amount of money well before our 2034 depletion date, but held against the full amount of Social Security’s funding gap, it’s a drop in the bucket, unfortunately.

As a standalone measure, it would stave off our depletion date, but we would end up right back in the same position in time.  We can’t truly call this a shortfall “fix” on its own.  Without any additional significant revenue-boosting policies, this is more of a short-term solution than anything else.

But the Biden plan isn’t solely looking to close the funding shortfall.  With the additional payroll tax contributions, the plan is equally focused on expanding benefits, which is welcome news to most beneficiaries.

Under the Biden plan, the seniors would see the following benefit increases:

Increased benefit amounts for those having received Social Security for 20 years.  This is meant to increase benefit payments by 5% for the oldest beneficiaries.

Increased minimum benefit.  For those having worked 30 years or more, the minimum Social Security benefit would increase to 125% of the poverty level.

Increased benefit for surviving spouses.  Widows and widowers claiming Social Security would see a 20% increase on their monthly benefit.

Switch to the CPI-E.  The CPI-E is a COLA increase calculation formula that focuses strictly on seniors’ cost of living.  The current COLA calculation formula is based on a market basket of goods for all American workers—a market basket that largely ignores things like healthcare and prescription drug costs.  The CPI-E would give seniors a modest yearly COLA increase.

Our priority is and has always been achieving the full restoration of Social Security’s solvency, so while benefit expansion is undoubtedly positive for the 40% of retirees relying solely on Social Security for retirement income, our ultimate question is how do these expansion and tax increase policies combine to extend solvency?

We already know the increased taxes would fall far short of what is needed to achieve long-term solvency (when we talk about long-term solvency, we are generally referring to packages that fully fund Social Security for at least 75 years).  But how do these several benefit increases impact the contribution increases overall?

The answer is all of these policies combined would increase solvency by about five years.  The ultimate reserve depletion date would be pushed back from 2034 to 2039 if all of these plans were enacted.

We can’t say these benefit increases wouldn’t be beneficial.  COVID-19 has put the most financially vulnerable people in our nation even more at risk.  Though many of these increases would be modest, any amount of increase for the most vulnerable retirees during this pandemic would be helpful.

However, given those increases, merely increasing payroll taxes on the wealthy doesn’t begin to create long-term solvency or close the funding shortfall.  All putting five years back on the clock would do is push the problem onto the next Administration, and we have no idea who that will be or how they’ll feel repairing Social Security.  Not to mention, the longer we wait to deal with this shortfall, the less options we’ll have that won’t detriment both workers and retirees.

Simply put: this plan doesn’t go far enough.  This plan isn’t the “fix” retirees need or deserve.  It’s averting a crisis in the short term and making it the responsibility of another Congress in the long term.

After the year we’ve just had?  More uncertainty and anxiety is the very last thing retirees and soon-to-be retirees need right now.

But tomorrow is only Day One of this Administration.  We ultimately have no idea how or if this plan will be executed, and there’s certainly room for Congress to discuss, debate, and develop a reform package that goes much further.

The Social Security 2100 Act, for example, proposes many of the same policies as the Biden plan, but offers additional measures to increase contributions to the Trust Fund many Americans would and do support.  The 2100 Act’s combined impact on the Trust would achieve the 75-year baseline for long-term solvency.

So we hope the White House and lawmakers focused on Social Security’s financing will work with one another to achieve a package that DOES successfully boost solvency while protecting those who most need protection right now.  But for now, we call on the Biden Administration to go back to the drawing board and flesh out a plan that WILL give retirees the retirement security they’ve earned.