“If [Social Security] were a private sector pension fund there would be lawsuits everywhere.”

This morning we ran into an opinion article from earlier this month making the case for completely changing the way the federal government invests Social Security contributions. 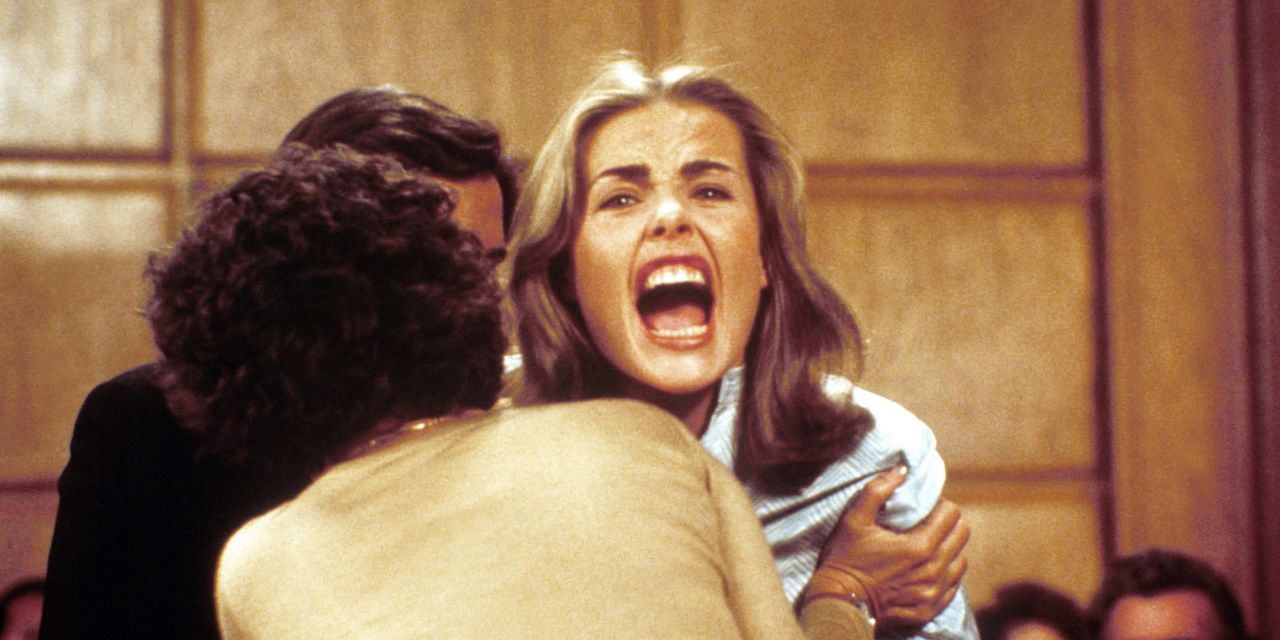 If Social Security were a private retirement fund, we’d sue

The author calls Social Security “the worst performing pension fund in the world,” noting the program earned contributors less than 1% interest during 2020.  To put that into perspective, the “magic number” investment professionals look to hit on stock-heavy retirement portfolios is 7%.

But the difference between Social Security and these kind of private retirement portfolios is stock.

What is the difference between how Social Security is invested and how a private pension fund is invested?

A private pension fund invests in diverse areas, including U.S. Treasury securities, private equity, and most importantly, stocks.  There are a variety of stock types, but generally stocks are a great investment for a long-term retirement investment portfolio.

While carrying significantly more risk for loss than more stable investments, like bonds, they also have the potential for much higher returns.  For someone just starting out in the workforce in their 20s, a riskier stock-heavy retirement portfolio is a good idea.  Though the market may go up and down sometimes, in the long run, stock-heavy portfolios will always end up gaining over time.

Social Security is invested in one place and one place only: U.S. Treasury securities.  You could also call the Treasury bonds or T-bills.  These are bonds issued and honored by the U.S. Treasury only.  They have absolutely no market value since they can’t be sold on the open market.

If you have a private retirement investment account, you probably know bonds are the safest place to invest your nest egg.  Bonds are insured and Treasury bonds specifically are backed by the “full faith and credit of the United States.”  If the market goes bust, your Social Security contributions are protected.  And for those about to reach or have already reached retirement age, it’s a good thing to have your retirement money invested conservatively and safely.

But the downside of investing entirely in bonds is the return rate.  Bonds yield some of the smallest dividends you can receive.  By investing in bonds, you sacrifice potential gains for the assurance that you won’t lose what you’ve invested.

Why isn’t Social Security invested outside of Treasury bonds?

This question has two answers: we’ll start with the “official” answer first.

And by investing that money into something that has a return, we’ve received countless interest dollars that go right into beneficiaries’ benefit checks.  Without the years of interest—low it may be—we would have already reached the point of reserve exhaustion.  That small bit of interest has kept the program in the black for a very long time.

Additionally, it is the law.  We haven’t seriously addressed options to invest the surplus any other way because it’s illegal.  Surplus payroll tax collections must be invested in Treasury securities until the law is changed.

It might also be worth nothing the program was invented to deal with the Great Depression, a feature of which was the worst market crash in history at that time.  Protecting the We the People’s money probably didn’t include a lot of talk about investing it into that very same market.

In reality, what happened during the Depression was due to a perfect collision of factors inside and far outside Wall Street, but over time, the notorious market crash became the symbol for the struggles and poverty that occurred after.  President Roosevelt probably would have had a hard time convincing anyone at that time that stocks were the best place to put the entire country’s savings.

The word for how and why Social Security is invested is “security.”  The Trust Fund will grow slowly, but it will never be lost due to another recession or depression.  Your money will be there.

…Now let’s talk about what we’ll call the “UNOFFICIAL” reason we invest in strictly T-bills.

When Social Security surpluses are used to purchase T-bills, our money becomes a bond the Treasury holds for us until the time it needs to be redeemed to pay benefits.

But who gets the money when it’s purchased all those bonds?  The U.S. Treasury does, that’s who.  And once they have it, they can use it for any government spending they’d like.

Your money may be very safe in those bonds, but in the meantime, it will be used to fund things you don’t have a say about as a taxpayer.  You see, beyond investing in T-bills being a very safe way to protect retirement contributions, it’s also a clever accounting move that funnels trillions of dollars into the general budget.  And since by law all of that surplus money has to go to the Treasury and the Treasury alone, the federal government has a monopoly on all those payroll tax contributions.

This is where we get online arguments about whether or not the government can legitimately be said to be “dipping into Social Security.”  And in our opinion, both sides of the debate aren’t usually telling the full, truthful story.

Does the government “dip into” the Trust Fund itself as the money rolls in—earmarking your actual payroll taxes meant to pay benefits and sneakily reaching into the piggy bank?  Absolutely not.  That’s not at all what critics of this investment system are saying.  And if they are?  It’s probably because they don’t entirely understand how the Social Security investment system works.

But IS the government using contributions meant to pay Social Security benefits for general spending?  Yes.  But it’s not so direct as reaching into some bank account and taking out fistfuls of cash.

The bonds Social Security invests in ARE protected and ARE used exclusively to play benefits when needed.  Those bonds are sacrosanct.  The Treasury owes every dime of it to the Trust Fund.

…But your money WAS used to buy those bonds.  And at that point your surplus payroll taxes became cash that the federal government can use to pay for things that have nothing to do with Social Security.

So ARE your benefits protected by those bonds?  Yes.  You will be paid what you are owed up until we reach the point where there is no surplus.  That will happen in 2034.

But ARE the feds spending money paid into Social Security for whatever they want?  Technically, yes.  It’s just being done using these Treasury notes.

That’s what we and a lot of other Social Security advocacy groups have a problem with.  Especially now that Social Security is rapidly approaching a funding crisis that will affect every single one of us in time.

So the unofficial reason we do this is it’s a way to pump more funds into the general budget.

And to add insult to injury?  Because this is the way we invest Social Security contributions, what SHOULD be a self-funded off-budget program often shows up on the federal budget as one of the largest unfunded obligations, debts, or (cover your ears) entitlement spending.

If Social Security simply took in contributions and paid them out like a savings account?  It would truly be an net neutral on the country’s spending.  We as taxpayers pay for our own benefits directly.  But when those dollars are converted into bonds, those bonds represent a debt the government owes to beneficiaries.  So, in a move to protect our retirement savings while simultaneously financially benefitting the government, they’ve turned Social Security into a gigantic slice of the federal debt pie.  And it’s a pie slice pro-privatization and fiscal hawk legislators love to attack when we try to lobby for strengthening and expanding the program.

Getting back to this interesting opinion article’s claims, we’d just like first to note we don’t have a stance as an organization on whether or not shifting Social Security into stocks is a good or bad idea.  Today, we’re just interested in the case to be made for doing so and what impacts—good or bad—that might have on beneficiaries’ checks.

The author makes his case in his comparison of the U.S. federal pension system to the one Norway uses, called the Government Pension Fund Global.  It’s also sometimes called the Oil Fund.  A significant portion of the money in the fund comes from surplus revenues from Norway’s successful petroleum industry.  But it also invests $1.3 trillion of its funds in global assets, most of which are stocks.  Currently, it holds 7.9 trillion in equities, 2.6 trillion in fixed income assets, and 273 billion in real estate across 14 countries.

Since Social Security pays money as it comes in, what’s left invested is a surplus.  Right now, that surplus is 2.9 trillion.  The total amount of benefits paid out in 2020 to 65 million Americans was about 1 trillion.

Held together the total amount of what the U.S. takes in through contributions and what we hold back in bonds in reserve is around 3.9 trillion.  Norway with its pension system based on a diverse and stock-heavy investment model is currently sitting on 10.9 trillion.

The arguments against shifting Social Security to stock investments

The author counters each and every concern raised to shifting to this kind of model, so we’ll leave that to the original article.

The concerns about this model are what you’d think they would be.  With stock investment comes risk.  And though there are very few of us left who lived through the Great Depression or were born just close enough to it to have vivid memories of how it traumatized the nation for a very long time, we’ve all heard the stories passed down.  Some of us may have had parents or grandparents who were hiding cash in their homes for the rest of their lives after living through that event.

And even if you didn’t, you certainly remember what happened in 2008.  401ks were completely destroyed by the Great Recession.  In this country, we have seen what can happen and we don’t forget how scary those times were.  So the risk scares people.  And we can’t blame them for that.

Some also raise questions about the government’s ability to favor certain companies and stocks.  It would give the government a lot of opportunity to interfere with the market—especially in ways that might be political. 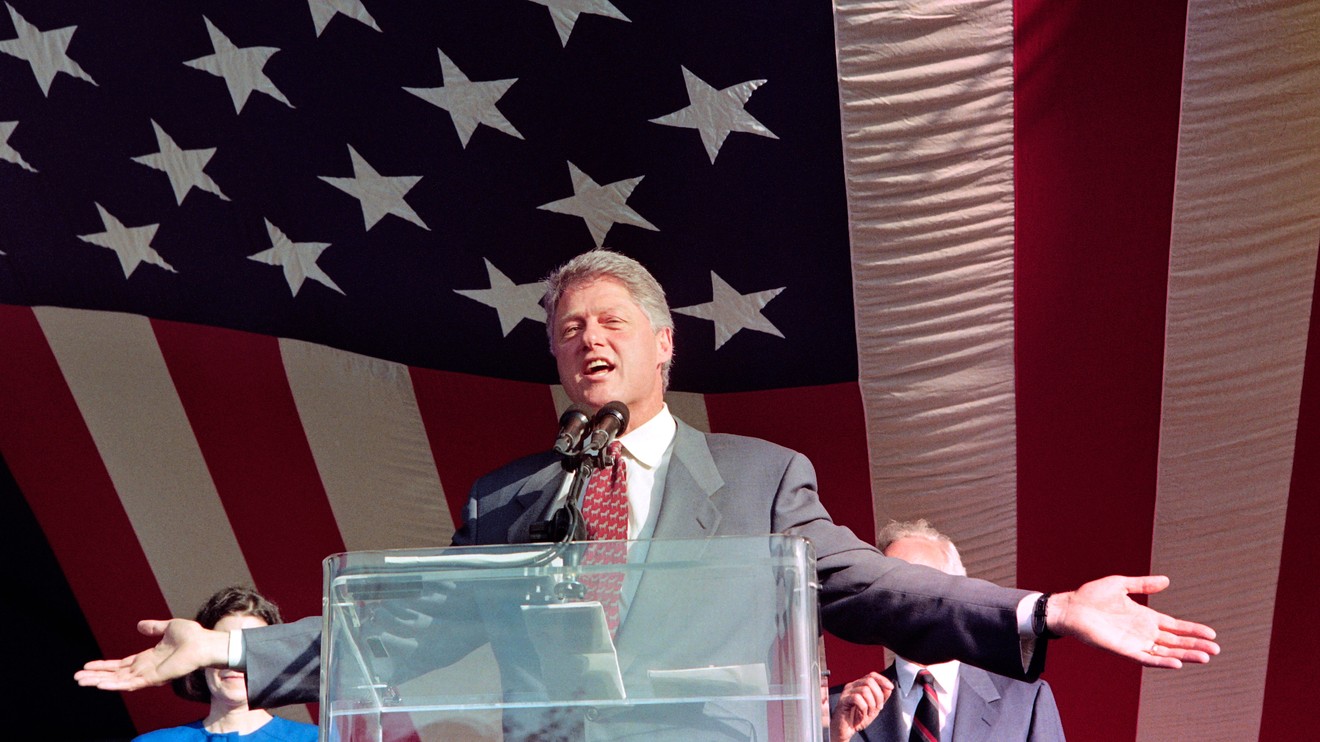 Should the Social Security fund be invested in the stock market? It’s complicated

Proponents say that doing some stock investing would improve the program’s long-term outlook.

No.  It’s not.  Privatized Social Security would be a system where contributors would have far more control over their retirement portfolios under a privately managed retirement savings account.  Think of it as a private mandatory 401k plan for every worker.

The proposal to shift Social Security investments into more profitable areas is just that.  It would remain a federally managed system that we contributed payroll taxes to in return for a benefit at retirement.  The only thing that would change is where we invest those contributions.

There are many fans of a privatized retirement model today, too, but it’s a model that shifts risk from the government to the citizens.  This model was tried under President Pinochet in Chile, and if you’d like to know how that experiment went, check out this article by our friends at Council for Retirement Security.