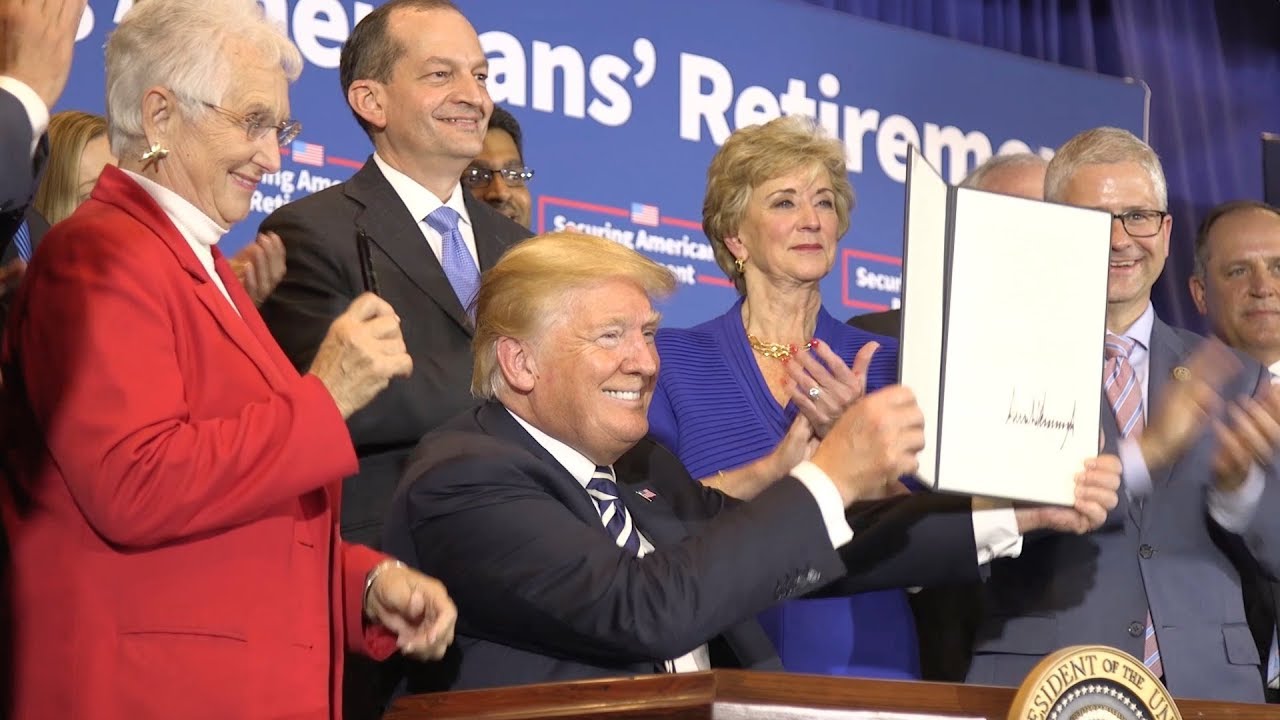 Under current policy, retired workers with IRAs and 401(k)s are required to begin drawing down their retirement savings with RMDs starting at age 70.5.  Under the executive order’s direction, Congress must look toward pushing back that age to allow workers longer to save and build their retirement funds.

Proponents of this proposal laud several features.  Not only does it encourage people to save longer, but it offers workers a tax haven for longer.  It also encourages market growth by keeping retirement assets in the market.

But this part of the order isn’t free from criticism.  Opponents were quick to label this idea a gift to the rich.  Since most middle-class workers retire far earlier than 70, most retirees would need to begin drawing down their retirement savings regardless of the RMD age.

Wealthy workers, on the other hand, could afford to shift their earnings into the IRA to take advantage of deferred taxes.  By extending the RMD age, the wealthy could avoid taxes for much longer.  And if a worker never withdrawals, he’ll never pay taxes, leaving the account to an heir that can continue to let the account grow tax-free.

Critics worry this would only contribute to the generational wealth of a small number of families rather than provide security for the majority of working Americans.

Small businesses—those with under 100 employees—face significant challenges offering their employees retirement benefits.  Only 53% of small to mid-size businesses offer their workers retirement plans, opting instead to raise wages, offer paid vacation, or finance other benefits they feel their workers may want more.

To address both difficulties, the order directs Congress to look at easing regulations that prevent small business participation in retirement plans.

One popular idea is opening up Multiple-Employer Plans (MEP).  MEPs allow several businesses to form an association, joining together to form a group retirement plan for their employees.  The goal of MEPs is to make providing these plans cheaper and less complicated for all involved.  Currently employers can band together to create these plans, but only if they are members of a trade association or are in related industries.