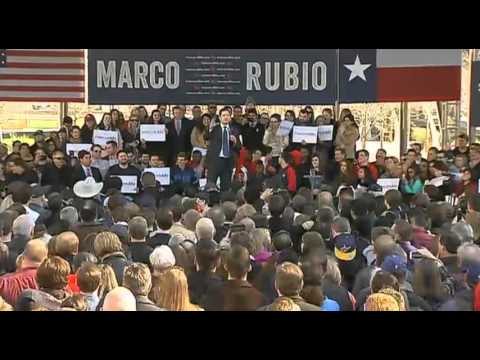 “I think the real intent of people like Rubio is to push Social Security over the edge into insolvency and destroy it for good!”

That’s just one of the thousands of comments sent to The Seniors Center from Americans outraged by Senator Marco Rubio’s Economic Security for New Parents Act. Rubio’s plan will use funds from Social Security to pay for Parental Leave for young families.

Thousands of senior citizens are speaking out about this raid on Social Security. “It’s a slippery slope,” said Beth Johnson, spokeswoman for The Seniors Center. “If we start spending Social Security money for Parental Leave, why not college tuition or downpayments for new homes?” Johnson continued “The Social Security Trust Fund is already careening towards bankruptsy. Senator Rubio’s plan is simply irresponsible.”

“Congress why don’t you raid your pension?” -Florence M.

“Take Rubio’s…. he must not need his money if he doesn’t understand seniors need their money that THEY paid in.” -Jean P.

“Just give everyone who paid into their own accounts the amount they paid in let us take care of it ourselves, they keep the interest win-win” -Maria F., Port Saint Joe, Florida

“Rubio has to be the biggest disappointment!!” -Darlene W.

“I think the real intent of people like Rubio is to push Social Security over the edge into insolvency and destroy it for good!” -Paul S., Plainville, Connecticut

“Of course you don’t have to worry about Social Security – you get paid way too much anyway for having so many days off during the year!! Suppose that was the only money your mother had to live on every month – her social security check!!! Would you want some jerk to be stealing it from her and she had to live on the street and eat out of the trash to survive? Just how proud would you be of that and how would you feel about the jerk that stole her livelihood?? Well that’s how we, the Senior Citizens, feel about you!! Keep Your Dirty Hands OFF of OUR MONEY!!!” -Pat W., Lake Worth, Florida

“RUBIO Keep your DAMNED hands OFF OUR Social Security. We earned it. It’s not a government HAND OUT. By the way, why should YOU PEOPLE that were elected and are supposed to be looking for OUR best interests entitled to RETIREMENT for LIFE??? And furthermore, why is OUR Social Security Fund in the GENERAL FUND? So you can rob it blind, and then BITCH about it going BROKE!! PATHETIC !!!!!!!!!!!!!!!!!!!!!!!!!!!!!!” -Robert D., Brainerd, Minnesota

“They use it as a slush fund. And they never pay it back.” -Maxx G., Pittsburg, Missouri

“Stop robbing the American people and put back what you have already stolen CONGRESS!!!!” -Marita B.

“Leave our Social Security alone and put back what was taken” -Charles R.

“It is not your money keep your damn hands off pay back what you already stole …” -Bobby H., Lovelady, Texas

“Leave it Alone You all should be in jail for stealing our money” -Arthur W.

“No way. We paid into Social Security and Medicare for 50+ years. Hands off Rubio.” -Caroline P., Kelton, Pennsylvania

“Instead of taking the money from Social Security, why not take it from politicians benefits and perks and pay checks? After all your in politics to serve your country not to retire wealthy, right?” -Don L., Devine, Texas

“Congress is supposed to be working for the people and passing legislation to help the American people !! Not coming up with new ways of robbing Social Security! Keep your filthy paws off OUR money and pay back the 2.5 Trillion dollars you’ve already stolen !!!!” -Kenneth D., Summit Station, Pennsylvania

“If congress persons or President that raid the program were employed with a corporation, they would find the comforts of a federal penitentiary. Vote them out, they might get the message.” -Mimi K., Gainesville, Georgia

“What’s this ass up to? We pay into social security and he robs it. Arrest this crap.” -Martha S.

“We have to take to the streets” -Rozalind W., Yucca Valley, California

“What a piece of scum that man is. A lying thief.” Jacki A., Lincolnton, North Carolina

“If he thinks he’ll steal the life from 55 million Americans, he needs to know who he’s dealing with. Backing that many Americans into a corner, and leaving them with nothing left to lose could be a life threatening decision by him. I’d tread carefully if I were him.” -Daniel M.

“You’re exactly right… don’t mess with old peoples money or we gonna get all medieval on your butts cause we got nothing to lose and don’t mind losing it. Think about that Mr. Politician.” -Bobby R.

“Not the gov’t money to use. That’s why we need a law to keep their hands off of it. Told you they couldn’t be trusted.” -Bev L., Rock Falls, Illinois

“Hands off our Social Security money & repay what you have stolen.” -Lynn S.

“No more touching our social security money it’s not the Government’s money to touch…” -Arlene D.

The politicians themselves already helped themselves to a LARGE sum of money from theSocial Security Trust Fund and have never paid it back. Rubio, you and the rest pay that money back to the Social Security Trust Fund. You’re supposed to be working for we the people, not the other way around. If you want government paid leave for women, take it out of your pay. You make enough money, I don’t, living on Social Security. Also, it is not a handout. I EARNED IT.” -Mary S.

“It’s Congress, Republicans and Democrats both, alike, that make the decision to rob Social Security of its funds. It’s been going on for years no matter whether the President is a Republican or a Democrat. Term limits! Vote the thieves out and replace them with men or women that work for the people, not to make themselves rich!” -Eddie J.,

“Money needs to be paid back! That money was earned by the American people and no one has the right to use it for anything else! Scummy Ass politicians stealing our money!!” -Patti R., Annapolis, Maryland

“I agree with that one post from the article, paid parental leave is for the insurance companies to cover!! Sen. Rubio, leave the funds that our seniors earned and paid into and alone!! They (we) earned it!!” -Phil H., Aurora, Colorado

“Stay out if our Social Security” -Rodney S., Virginia, Minnesota

“You take Anymore and you won’t have your position when you are up for a vote” -Kenneth P., Old Town, Florida

“Not a chance haven’t you seen what they have and are doing to our country” -Kenneth P., Old Town, Florida

“Please do a study how many timesSocial Security has been used for something OTHER thanSocial Security. WHAT POLITICAL PARTY DID IT. THEN show it on FACEBOOK a few times. Thanks .Gmax” -Maxine G., Waterford, Michigan

“Rubio is such a looser! Not a people positive thought in his head.” -B. B., Lyndhurst, New Jersey

“Leave our Social Security alone. Put back all you have stolen from it. Johnson should never have put his dirty paws on it. It belonged to the people that paid into it.” -Carolyn B., Jacksonville, Florida

“Rubio … keep your frickin’ hands off social security. Its not your entitlement fund to play with. Many seniors’ lives are already in the balance because of Dems and Reps stealing trillions. That was the biggest heist and scam of the century and no one went to prison … what bunch of crooks!” -Peter M., Cleveland, Ohio

“Leave our social security alone! Tired of you beings who think our money is your bailout money for benefits you can’t cover financially! Stop giving tax breaks to the wealthy and golfing! This is called stealing! Buy some insurance for this benefit or make the companies getting the tax windfall pay for it! Work for a living- that’s what your salaries are for! Tired of your crap!” -Diane G.

“Rubio, really thought you would do better than this! Need to go home!” -Joyce T.

“Shame on Congress for even thinking they could raid the funds that we paid for our retirement – not theirs to spend!” -Carol O., Minneapolis, Minnesota

“Social Security should have been privatize from the start and them by the time your ready to retire there would close to a million a piece in each of our accounts that nobody could touch without our permission. But yeah F Rubio he’s a shit bag.” -Dave H., Harrisburg, Oregon

“The little man is such a little weasel” -Mike B., Sayre, Pennsylvania

“Why did he get re elected he has shown his true colors a long time ago he is not a republican” -Ron G.

“Why doesn’t he introduce a bill requiring Congress to repay all of the money it took from Social Security? Political talk is cheap” -Michael S., Louisville, Kentucky

“No way! Keep your filthy hands off the fund. Try repaying the trillions you “borrowed” before you think of doing anything else” -Mark C.

“They should be paying us interest for all the years they have kept ourSocial Security.” -Peggy C.

“Take his and all of the others benefits and huge salaries that they don’t earn and their retirement” -Marie W.

“Stop stealing from the American taxpayers through their Social Security monies! All government thieves should have to pay it back!” -Linda F., Midway, Georgia

“We do need some law or something to keep arrogant thieves from stealing from our Social Security funds.” -Marvin E., Eaton Rapids, Michigan

“We — unlike like Senator Rubio — have to pay for our Medicare all our lives. We also pay for your healthcare. Leave social security alone, stop stealing from it.” -Grace B., Mission, Texas

“Better yet seniors do a voter registration drive & make sure he gets voted out of office in the midterms so you won’t have to worry about him messing with Social Security!!!!!!!” -Roy M., Texas City, Texas

“These politicians won’t be happy till they make Social Security go broke. There are other programs stealing money out of Social Security and one of them is welfare. If these programs are so good vote them up or down and then fund them, I suspect Social Security will be making money and a lot of government theft would stop!!!!!!” -William G.

“We paid into it and yall stole it now you want to shut it down. No. Make a law saying no politicians are to touch Social Security. And repay every penny whomever took it.” -Peter G., Broad Channel, New York

“Social Security doesn’t belong to the damn government. When you take from it you are stealing” -Robert G., Pakota, Illinois

“At one time Rubio used to share a lot of what I believed in. I am guessing he got bought off like so many others.” -Ron J., Chehalis, Washington

“Corporations need to be the ones to start offering benefits for their employees. Taxpayers and retirees should not have to fund their business. . We have our own bills. Also you can’t make it on the allotment you get from Social Security. If anything raise that up or go by the wealth of the individual wealth.” -Lori J.

“Use unemployment benefits and leave Social Security alone.” Una B.

“He’s another cockroach leeching off the rest of us! Sleazy grease ball! Another one bought off by Ivanka?!! Traitor!!” -Marlene S.

“Try to talk to Patty Murray and Maria Cantwell about this and they will ignore you….” -Michael G., Vancouver, Washington

“Social Security is paid by working people and employers. Our government should put the money they stole back. We need a law so no one can take money other than hard workers, Americans.” -Pat D.

What Biden’s wealth tax proposal could mean for Social Security

Should we re-examine the way we invest Social Security funds?