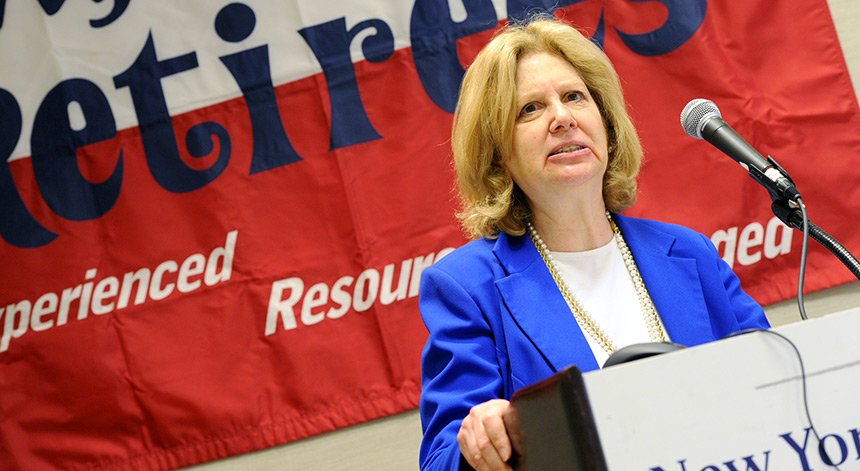 Now that we know Congress is not pursuing future direct stimulus payments in their economic relief strategy—and that the Chief Executive personally favors payroll tax relief instead—co-director of Social Security Works and Social Security Advisory Board member, Nancy Altman, has published this interesting piece in Forbes discussing the ways our COVID protection plans have repeatedly disregarded seniors and beneficiaries.

The CARES Act was intended to provide emergency payments as quickly as possible. Yet over a month later, those payments are not yet all out the door. Adding insult to injury, Trump has just announced that he is against more payments. What does he want instead? To destroy Social Security.

We, on the other hand, will be looking at the content of her analysis while disregarding claims made about either political party. With Social Security improvements moving at a snail’s pace through administrations controlled by BOTH parties at one time or another, it is our that nobody’s hands are clean in this arena.

For a great deal of the piece, Altman focuses on a series of hurdles beneficiaries had to face to secure their correct Economic Impact Payments, but with that leg of our stimulus plan finished, we’re more concerned with what may be coming just on the horizon.

We’ve been anything but shy about how we view repeated mentions of payroll tax cuts in lieu of continuing direct stimulus payments. To summarize, it’s a strategy that will do absolutely nothing to put money in the pockets of seniors and, more importantly, it’s a reckless move when Social Security is already having funding problems—funding problems exacerbated even further by COVID-19.

What we haven’t spent much time talking about is why a payroll tax reduction or cancelation would be so attractive against direct stimulus payments. Would reducing or eliminating the payroll tax truly amount to overall economic growth, and would it be better than issuing another round of stimulus payments?

This table does a good job of comparing the two at face value—and an even better job at illustrating why payroll tax cuts would hurt more than just seniors.

We all pay a 6.2% FICA tax rate (unless you are self-employed, in which case you pay both a worker’s and employers contribution rate combined, 12.4%). But what that 6.2% looks like is different from person to person depending on how much we make. So, if we consider a 2% reduced payroll tax rate, you can see low to no income earners receive very little benefit from reduced payroll taxes.

High earners, on the other hand, not only benefit much more from reduced payroll taxes, but they make FAR more from it than we would make from direct stimulus checks. In fact, over a certain income threshold, high earners aren’t eligible for direct stimulus payments.

As far as seniors are concerned, reducing payroll taxes would be a double-whammy: not only would they receive no financial help whatsoever since they don’t contribute payroll taxes, but they also suffer the damage of what less payroll taxes would do to the Trust Fund in time. Only those currently working and bringing in $75,000 and over per year would see any substantial benefit from a payroll tax reduction. And this group of people is not the majority of Americans.

Interestingly, those who stand to gain the absolute most from a payroll tax reduction are Congressmen and Congresswomen themselves.

But, surely, that’s just a coincidence.

So the answer to who benefits the most from payroll tax cuts is simple. Politicians, CEOs, and a very small group of those making high incomes. Everyone else gets less than a stimulus payment that already doesn’t cover a month of expenses.

And for the losing group—seniors, retirees, and those living paycheck-to-paycheck?

Well. You’d just be on your own.

Nancy is right about this one: Congress should not support any COVID relief idea that threatens Social Security. And this? This is one of them.