Most of you are probably aware of the Social Security survivors benefit. In the tragic event one were to lose their spouse, the surviving spouse may be eligible to receive a percentage up to the full amount of their deceased spouse’s benefits. How much that percentage is will be based on the age of the surviving spouse at the time of filing (remarriage and having dependents can also affect eligibility and benefit amounts).

But are you familiar with the Social Security Lump Sum Death Benefit (LSDB)?

This benefit is an entirely separate benefit from the survivors benefit most of us know about. Not only is it separate, but it’s also way more accessible to the public. Eligibility for survivors benefits depend heavily on an applicant’s age and life circumstances. The LSDB, however, is open to all surviving spouses and some dependents—provided the deceased paid into Social Security, and either the deceased or the survivors are receiving Social Security benefits. It’s a one-time lump payment to survivors to help defray the costs of final expenses.

Even though many people may not know about it, this benefit was rolled out with the original Social Security Act of 1935. It has always been a part of Social Security. In the days of the Depression, losing a bread-winning spouse could leave his widow completely destitute with very few opportunities to replace that income. It was vital the Social Security Act make provisions to protect this extremely vulnerable group.

Today, this benefit still exists. But there has been virtually no change to the provision since it was introduced. This may be why we’ve lost awareness of it over the years. It’s just not as impactful as it was in the 30s.

Obviously there’s a pretty huge problem with that. 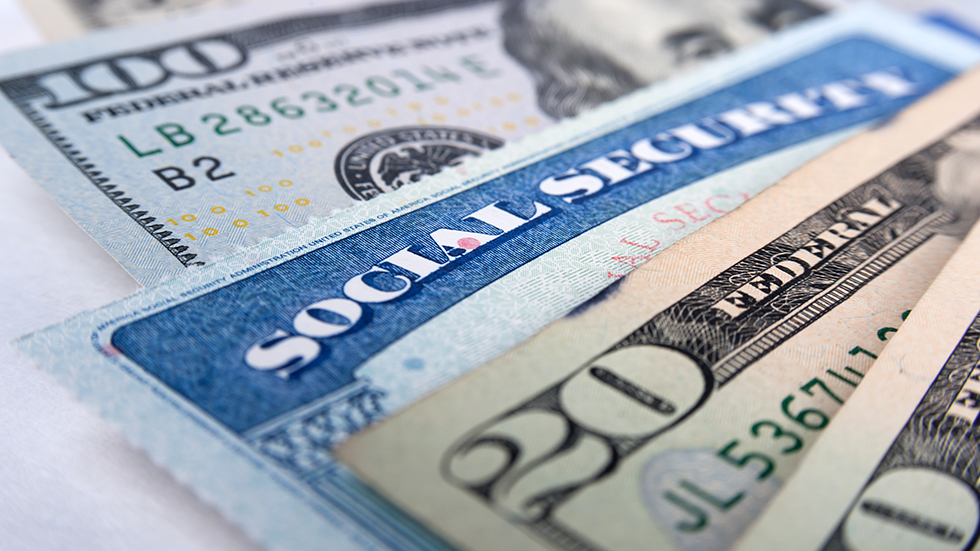 Congress should refurbish an old Social Security benefit in next stimulus

Almost all Social Security benefits are monthly benefits, but there is an exception.

In today’s dollars, that amount would look like $4,820.28 (check it out for yourself here). Not enough to completely cover final expenses and funeral costs, but certainly a big help to anyone caught off guard by tragedy. In 1935, this was a very substantial amount of money.

Now, there have long been calls to renovate the LSDB to make it a more realistic benefit for survivors today. When the average cost of a funeral in this country is $7,000 to $12,000, the LSDB is obsolete. But to date, like nearly EVERYTHING else having to do with Social Security’s shortcomings, this problem has gone totally ignored.

We’ve said it and we’ll probably keep saying it as the weeks pass: our retirees have big problems, and if the government isn’t willing to look for themselves, Coronavirus is more than happy to shove it in everyone’s faces.

Right now, it’s so critical that we all adjust to our new normal with a sense of hope and positivity. Yes, we’re in a bad way, but we can’t let the daily news cycle’s fresh horrors crush us underfoot. Stress, fear, and anxiety were confirmed killers long before we discovered this virus.

But we also can’t deny the reality of the present and what’s still to come. When all of this is said and done, there will be so many people who have lost loved ones. A lot of them will be the spouses of retirees and beneficiaries. A $255 benefit won’t do anything to give them peace of mind or financial security.

Now is the time to revisit this benefit and make meaningful changes. Adjusting the LSDM for the modern day would be a blessing to many—whether or not this pandemic was going on.

But while models continue to project a steep upward trend in infection, and the U.S. death toll surpasses that of any other nation, we need to make sure our senior survivors are acknowledged in any future stimulus packages.

This is the perfect opportunity to take our most successful federal program and turn it into something that truly helps beneficiaries, come what may.