Late last week President Biden unveiled the American Families Plan, a proposal in combination with his American Jobs Plan representing a $4 trillion “once in a lifetime” investment into the nation’s infrastructure and social programs.

The proposals address everything from crumbling national infrastructure, job creation in construction industries, childcare and nutrition, and improvements to education and healthcare.  Many of these concepts are very popular with average Americans, but how Biden proposes funding these projects is controversial.

Earlier this year we examined Biden’s specific proposals with regards to Social Security and Medicare.  On the campaign trail, then candidate Biden repeatedly floated the idea of increasing payroll contributions to Social Security via a new tax bracket targeting only high-income earners.

Biden’s proposal is to adjust the maximum taxable wage cap for Social Security, now sitting at $142,800.

The maximum taxable wage cap limits the amount of payroll taxes an earner contributes on their income.  At our current cap, only income earned on the first $142,800 you make per year is subjected to the 6.2% payroll tax that funds Social Security.  This means the absolute most anyone must contribute to Social Security taxes per year is $8,853.60.  That’s whether you make $40,000 per year or well over a million.

This payroll tax cap has been the #1 target of Congressional Democrats looking to bring more money into Social Security with the least impact on low-income earners.  Proposals range from creating a new tax bracket just for the highest earners, like Biden’s proposal, to eliminating the cap completely.  Eliminating the cap would require all earners to contribute 6.2%, regardless of the amount earned.

If the President sticks with the Social Security proposals he made during his campaign, he would create a new tax bracket for those earning $400,000 per year and up.  This would create a “donut hole” protecting those earning just over the current taxable wage cap and collecting taxes only from the wealthiest earners.

Under the American Families Plan, Biden is proposing to subject all earnings over $400,000 to the 3.8% Medicare payroll tax, similar to Social Security.

President Joe Biden has so far left his ideas for Social Security untouched. Some experts say a Democratic plan for the program could be in the works.

Given how similar this Medicare funding proposal is to previous proposals to increase Social Security funding, this may be a signal Biden’s attitudes toward how we should strengthen Social Security’s solvency are unchanged.  He will most likely eye high income earners as the primary source of payroll tax income to expand the program.

But why are these new policies avoiding the mention of Social Security? 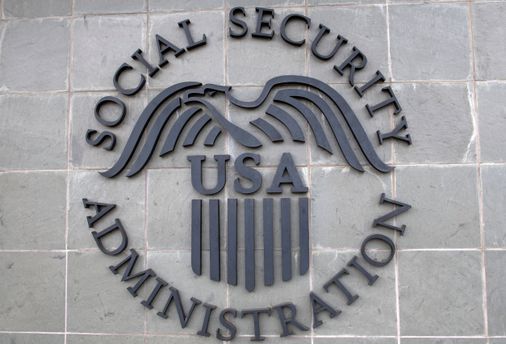 As the president looks to pass the first major tax hike in decades, he should stick to his campaign promise of raising the Social Security tax.

It is possible Social Security reform has been left out of the larger equation due to a desire to send a sweeping economic bill through the Congressional budget reconciliation process rather than a traditional examination and vote.  Budget reconciliation allows for approved budget and financial bills to pass the Senate with only a simple majority of 51 votes.

After November’s election, the Senate is split 50/50 with Vice President Kamala Harris representing the tie-breaking vote Democrats would need to pass a bill through reconciliation.

By using the reconciliation process to pass economic bills, Congressional Democrats have their best shot at getting legislation to Biden’s desk while our legislative bodies are so harshly divided on party lines.  If a reconciliation bill can be used, they will inevitably use it.  And that, unfortunately means, Social Security won’t make the cut on the bill.

But while this is a commonsense move for Biden and Democratic legislators—and might be seen as a hopeful indication this Administration will stick to the strategies laid out during the campaign—this also represents a real danger for Social Security progress.

As beneficiaries and soon-to-be beneficiaries, we can’t allow our legislators to ignore the challenges that affect us directly because tackling their fixes will be far harder in a divided Congress than those that can be fixed via procedural advantages.

Should these bills make it to Biden’s desk for signature, we must also remember that even if we support these policies, we can’t lose focus on campaign promises that were made regarding Social Security.  Biden was elected on these promises.  As voters, we must hold this Administration to ALL of its promises regardless of how hard they may be to pass in this hyper partisan environment.

Now that we have seen action on Medicare, we expect to see action on Social Security very soon.