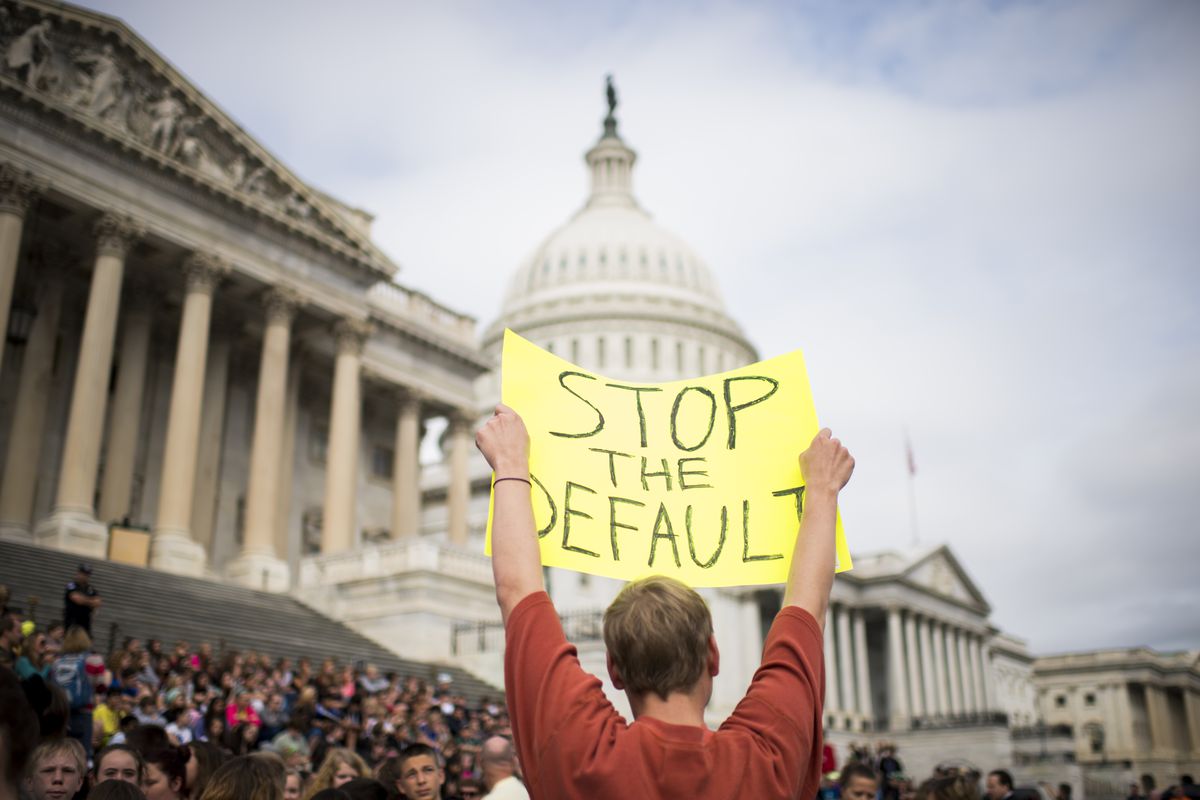 As we mentioned last week, the Great Debt Ceiling Debate of 2021 has disastrous implications for Social Security and the people who depend on it.

What is happening with the U.S. Debt Ceiling? U.S. President Joe Biden on Thursday signed legislation temporarily raising the government's borrowing limit to $28.9 trillion, pushing off the deadline for debt default only until December.

Earlier this month the Senate was handed a House-passed measure to raise the federal debt limit to $480 billion, adding a significant amount of borrowing power to the United States after another economically difficult COVID year.  According to Treasury Secretary Janet Yellen, we are currently using “extraordinary measures” to pay the government’s bills—measures that WOULD have defaulted on October 18—today, actually—if Senate Minority Leader Mitch McConnell hadn’t agreed to a temporary debt limit increase to push off the ultimate vote until December 3.

Passing a debt ceiling lift is one thing in a Democrat-controlled House of Representatives.  But to make it past the Senate, a bill must have 60 votes to pass.  Our Senate right now is evenly split: 50 Democrats and 50 Republicans.  And absolutely every Senator is standing within their party lines right now.

Up until now, Senate Republicans have blocked multiple votes to use a simple 50/50 majority process to vote on this particular bill.

After agreeing to a temporary debt ceiling lift this month, McConnell released a pointed letter to President Biden regarding his thoughts on the future debt ceiling vote, saying in no uncertain terms that Senate Republicans would in no way cooperate with future efforts to increase the federal debt.


McConnell suggests the Democrats use reconciliation to progress their debt limit increase—a tactic that would allow Democrats to pass the legislation without Republican votes.

However, Biden and Congressional Democrat leadership are not seriously considering reconciliation.  The reconciliation process is long, would require rewriting the bill to suit the process, and would not allow for the suspension of the debt limit.  Reconciliation would require a formal debt limit number to be stated and a set of dates between which that measure would be active.  It is a far more complex process and sets limitations that may not be ideal down the road.

With Senate Republicans agreeing to our current temporary debt ceiling suspension, the United States will be able to continue paying its obligations until December.  And as far as we know, come December, there will be no way for Democrats to pass this debt limit increase without Republican support or reconciliation.

Why is this relevant to Social Security?

In the event of a total default, the United States stops paying all of its financial obligations.  It CANNOT pay a SINGLE bill once it has reached its borrowing limit.

Think of the federal budget as a credit card with a gigantic limit.  Once that card is maxed out?  That card declines.  And instead of a bank extending your credit line, it’s Congress’ duty to raise that credit limit.

But in the event of a default, there is no money for Social Security.  The government defaults on its repayment of Social Security just like it defaults on it’s repaying of everything else.  This means quite literally that Social Security beneficiaries STOP receiving their benefit checks.  Retirees will NOT receive their checks—including those which they’ve missed during the duration of the default—until Congress takes some action to suspend or increase the debt limit so it can begin paying its bills again.

Why is this different than our last government shutdown crises?

If you read through McConnell’s letter to President Biden, you could easily see what makes this budget standoff more tense than those of the past years.  Partisanship is the strongest it’s ever been, and the parties are less and less diplomatic about that fact.

We need to mobilize NOW.

This is the closest we have EVER been to defaulting on our debt.  There is no argument to be made: what happens on December 3 will have catastrophic effects on retirees if we don’t speak up and convince our Senators to do what’s right by their most vulnerable constituents.

This is not partisan theater.  This is a situation that will hurt real people.  And the Senate needs to start hearing from those people.

From now until December we will be doing everything we can to make sure seniors are heard ahead of this vote.  And we’re starting with asking EVERY SINGLE ONE OF YOU, retiree or not, to CALL YOUR SENATORS RIGHT NOW.

There is no fee (we will take care of that).  All you have to do is enter your number into the short form on our Call Your Senators page.  Once you’ve done that, you’ll instantly receive a call from Our Generation’s main office and a short, automated message.  After you’ve listened, you will automatically be connected to YOUR Senators’ offices.  We’ve provided a short and simple message for you to say.  Simply give your name and address (so your Senator knows you are a direct constituent calling) and say, “As your constituent, I ask you to keep your hands off Social Security. Vote yes on raising the federal debt limit. Thank you.”

If you reach a live person on the other line, read them that script and hang up.  You may reach a voicemail box.  Just read the script and end the call.  That’s all we need you to do.

We need our supporters, their friends, and their families calling their Senators day in and day out.  We need members of the Senate to be sick of hearing our voices on the phone.  Call once, call twice, call dozens of times.  We can’t let the Senate forget what will happen to seniors and retirees if ridiculous partisan bickering is allowed to win over the needs of our people.

Please.  Right now.  Call your Senator and tell them to vote YES in December.  We NEED you to help us make sure those checks get to the people who need and deserve them.