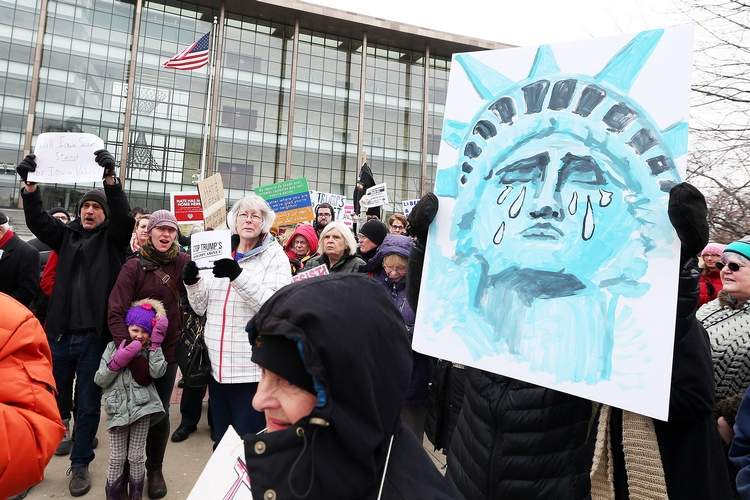 While 73% of the people in the United States are in favor of paid parental leave, they were overwhelmingly opposed to the Rubio plan.  The outcry against this bill, especially from seniors, was overwhelming.  Senior Citizens made phone calls, held town meetings and fought the Rubio plan by expressing their outrage and anger with letters to the editor, petition drives and posts on social media sites including TheSeniors.Center, Facebook, and Twitter.

Commenters pointed out that it is “our Social Security. It was not paid for by someone who needs parental leave from their job.” They said, “Find money other ways,” or “Don’t use our money which we paid into to supplement our retirement. It is not the government’s to use,” or “the fund is not a ‘cash cow’, ‘slush fund’, or ‘bank account’ and to use it for other purposes is “embezzlement” or a “back door to weaken and eliminate Social Security.”

Due to the outcry from seniors and others, Rubio’s bill never gained any traction.

Fast forward to March 12, 2019. Republican Senators Joni Ernst and Mike Lee unveiled The Cradle Act, which, like Senator Rubio’s bill, would allow new parents to tap into their Social Security savings in order to take time off after the birth or adoption of a child (up to 3 months). This would, like Rubio’s bill, require those who take advantage of the benefit to delay their retirement by two months for every month of benefits they use. It is calculated that a parent age 24 who was making an average of $50K for the past two years would receive benefits of approximately 50% of his/her take-home pay ($1861). However, the benefits are not based upon current earnings and if you are a year older, you would get less ($1432). There is no guarantee that your employer would hold your job open for months or not retaliate against you for taking leave.

Also, it would mean delaying retirement, which could mean losing thousands of dollars of benefits for however many months you delay it by taking the benefit. And what happens if you lose your job, or become ill or disabled? Delaying your retirement for 6 months could have huge implications. Also, this all depends on whether Congress will suddenly become fiscally responsible for the first time in dozens of years and that there is a fund left when you retire.

Ernst and Lee say that money would be transferred every year from the government’s General Fund to replenish whatever is borrowed from the Social Security Trust Fund, which is already in trouble, but there is no guarantee that this would happen and borrowing from the fund would add to the deficit.

Why is “Borrowing” from Social Security to Pay for This a Bad Idea?

Social Security was not designed to accumulate money like a pension system. It was only allowed to invest this surplus in Federal debt and would meet its payments with current revenues. However, over 3 trillion dollars has been raided from the Social Security Trust Fund and every penny that was paid into this fund has been spent. Since 2010, the cost of Social Security has exceeded payroll tax income, and that cost has been increasing every year. There are no real bonds behind the trust funds, and, without taking measures like raising the debt ceiling, or the retirement age, or raising taxes or taxing workers more, or eliminating the earnings test or reducing or changing the cost-of-living measure to the Chained CPI, or means testing benefits or some combination of these and other options, the Social Security Trust Fund will go broke by 2034. With the huge number of baby boomers retiring, the Great Recession reducing money paid into the system, and wage stagnation reducing contributions, the fund is estimated to have a $13.2 trillion cash shortfall between 2034 and 2092. Borrowing against the fund without any guarantee that it will be replenished endangers the fund for seniors who depend upon it for retirement. For half of seniors, Social Security provides at least 50% of their income, and for 1 in 5 seniors, it provides 90% of their income. To endanger the fund so that young families can afford to have a few thousand dollars of income when they give birth or adopt a child is not worth the risk. I am sure that the same outcry and outrage will rightfully erupt against this bill as against Senator Rubio’s bill.

The FAMILY ACT, which was introduced in 2017 and in February 2019 by Senator Kirsten Gillibrand, offers works up to 12 weeks of medical or family leave and could cover 66% of their wages. The benefit would be paid for by taxing workers and employers (about 2 cents per $10 in wages). It has 34 sponsors so far in the Senate and 177 in the House. This proposal will not compromise the Social Security Trust Fund and will accomplish the same goals as The Cradle Act.